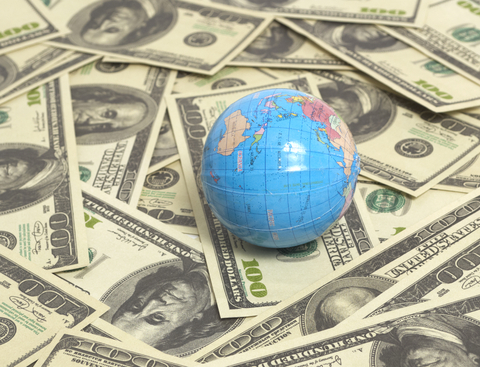 While it would appear that recent weakness in the US housing market is unlikely to lead to a dramatic fall in prices, there are growing concerns that US taxpayers are taking too much risk supporting the US housing market. If you look back to the economic crisis of 2007/8 the US government was forced to take over the running of Fannie Mae and Freddie Mac and these two mortgage giants are still under the control of the US government (US taxpayers). So, is there too much risk for US taxpayers via Fannie Mae and Freddie Mac?

Many people may not be aware but aside from the fact that Fannie Mae and Freddie Mac are involved in the majority of US mortgage deals, these mortgages are in effect supported by government assets. The US taxpayer is taking on an awful lot of risk as a means of holding up the US housing market while natural strength in depth continues to grow. Federal Reserve Governor Jerome Powell believes that while markets are encouraged that prices are holding steady the “status quo is also unsustainable”. What will happen in the short, medium and longer term with regards to US government backed mortgages?

Before we go any further it is worth noting that the Federal Reserve oversees the US banking industry but has no direct control over mortgages. However, there is an obligation for Fed governors to make their views public and back these views with cold hard facts and data. We all know that the Fed has introduced an array of stress tests, which were passed by all US banks, in order to avoid a repeat of the 2007/8 downturn. However, the slow unwinding of government backed mortgages will need to be managed extremely carefully if markets are not to be disturbed.

The Fed, along with many other central banks around the world, was previously committed to a period of quantitative easing although the assets which were built up during this exercise are now being sold off. In effect quantitative easing gave the Fed the authority to acquire assets from an array of institutions and businesses in order to maintain money market liquidity. It has served extremely well for many economies around the world but the next challenge is cutting off the support for money markets and then finally liquidating the assets which were acquired.

Should US taxpayers money be used for bailouts?

Whether we are looking at bailouts of the banking industry, mortgage sector or any other part of the business world, should taxpayer money be used to fund bailouts? This is a question which many are starting to ask themselves amid concerns that the likes of Fannie Mae and Freddie Mac are far too exposed to the US mortgage market having been backed by government assets/taxpayers. If there were any further jolts to the worldwide economy there could be serious repercussions right across the world.