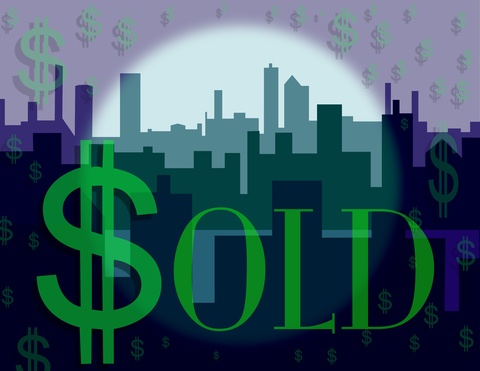 US investment giant Blackstone has never been a shrinking violet often dominating the headlines with an array deals, suggestions and comments. There are many investment companies around the world who can talk the talk but very few who walk the walk in the same manner as Blackstone. Since the private equity company’s IPO in 2007 it has seen phenomenal growth in its real estate investments with further impressive plans for the long term.

So what do we know about Blackstone and its love of real estate?

When you bear in mind that 2007 was the year before the great economic crash, which is still being felt by governments and investment markets around the world today, a fourfold increase in the size of the company is certainly impressive. Starting with a real estate portfolio worth $17.7 billion the company now has exposure approaching the $100 billion level. This is based upon phenomenal returns in what have been the most challenging markets in recent history.

Walking where others fear to tread

The name of Blackstone has been synonymous with an array of private equity deals over the last few years. The company has been active in the troubled loans sector and also willing to take on significant disposals from the likes of CalPERS (the largest US pension fund). This is a company which has an impressive track record to say the least and seems to have the ability to acquire potential gems of the future before others have even noticed them!

We have seen an array of individual assets acquired by the company across many different markets. A large number of these deals are in the billion-dollar bracket although with interest rates relatively low, rental yields relatively high in many areas and the potential to pick up oversold assets, perhaps we should all learn more from the company?

What about the future?

Even though Blackstone is the largest US real estate investor at this moment in time the company has plans to double its real estate portfolio. This would take real estate investments towards the $200 billion figure which is an obscene amount of money. History will show that the company was relatively slow to get started but under the stewardship of Steve Schwarzman recent performance has been phenomenal to say the least.

The company is now at the stage of its development where its opinion is highly regarded and ultimately it has the power to move markets. Critics have been waiting sometime for the company to falter but when you bear in mind this exceptional performance in the most challenging of times, what can we expect when markets finally turn and economic growth is more visible?