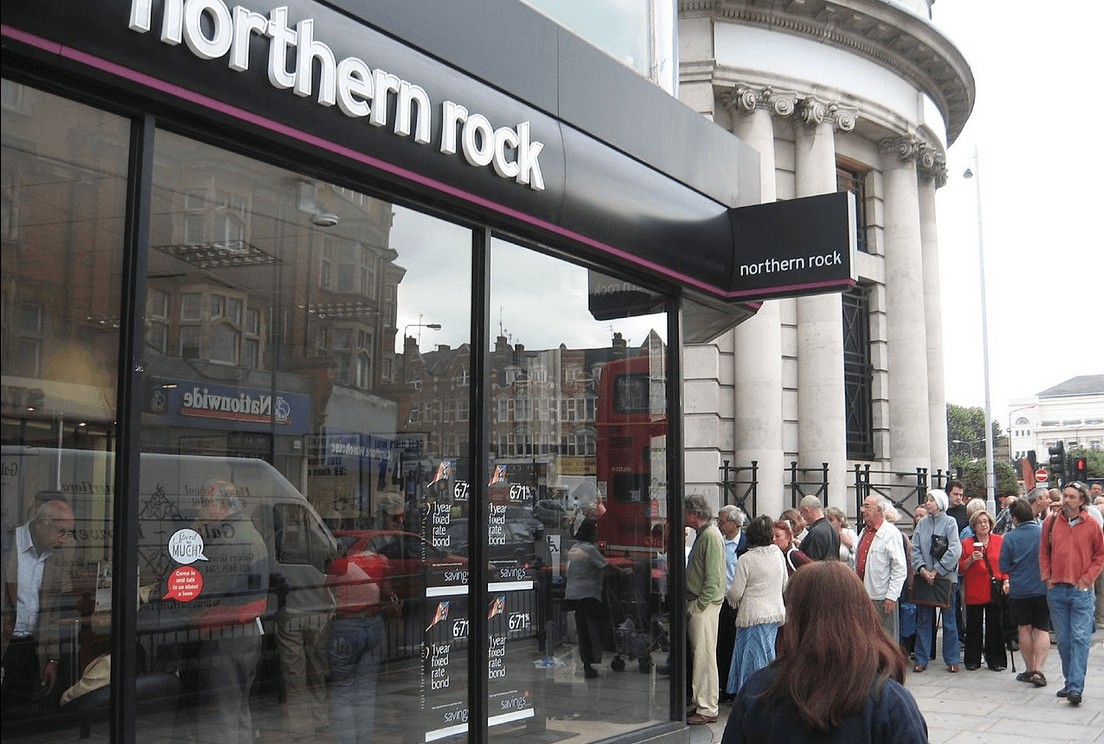 It is amazing to think that the financial crisis happened 10 years ago and we are still feeling the after-effects today. Perhaps one of the more pivotal moments in the UK was the collapse of Newcastle-based mortgage provider Northern Rock. This was a company which was well-respected in the City, had shown significant growth and at the time it seemed to have a good future. However, the financial crisis brought on as a consequence of US mortgage market difficulties laid bare the risky business strategy implemented by Northern Rock.

Back in 2007, just prior to the worldwide economic collapse, the markets were very different and mortgage regulations more lax. History shows us that the business model for Northern Rock was unsustainable, risky and “big bang” which prompted unprecedented growth in UK financial services was probably the root cause. At the time the loan to deposit ratio for UK banks averaged 137% which in itself seems high today. However, Northern Rock had a loan to deposit ratio of 322% and it was dependent upon short-term money market funding – which eventually led to the company’s collapse.

At the time it was fairly easy, because of investor appetite, to bundle mortgages into bonds and effectively securitise future income. These investment instruments were used to raise additional funds although when the markets turned, mortgage defaults increased and demand for securitise mortgages collapsed, the end was nigh for companies such as Northern Rock. It is also worth noting that HBOS, which also experienced financial troubles, had a loan to deposit ratio in excess of 150%.

Back in 2007 Northern Rock was highly dependent upon wholesale funding with maturities of less than three months. Statistics show that at the time a staggering 60% of Northern Rock finance was funded this way compared to the average UK bank where the figure was 25%. This figure has now dropped to around 10% with UK banks and mortgage companies far less dependent on short-term funding where volatility in rates can decimate business models.

Many who followed the financial crisis will be aware that prior to the collapse companies such as Northern Rock were actually offering mortgages of 125% of a property’s value. Customers had to put down a 5% deposit and take out an unsecured loan up to 30% but they were actually borrowing more than the value of their property. Looking back, was this really a business model which would push Northern Rock into the higher echelons of the worldwide mortgage market? While takeover rumours swept the market on numerous occasions prior to the financial collapse, many financial institutions will be relieved they took their interest no further.

The core equity tier 1 ratio relates to the underlying strength of a bank’s balance sheet and funds held in reserve. We know from official data that this figure stood at just over 4% in 2007 and has since risen to in excess of 14%. Some will argue that banks are now over-financed and the risk has been taken out of the sector, impacting short to medium term profitability, but this is certainly a heated debate. Would UK banks be able to withstand another financial crisis similar to that of 2007? It is debatable as to whether the worldwide money market would be able to cope but there is no doubt that the banking sector is better positioned today to withstand any unexpected jolts.