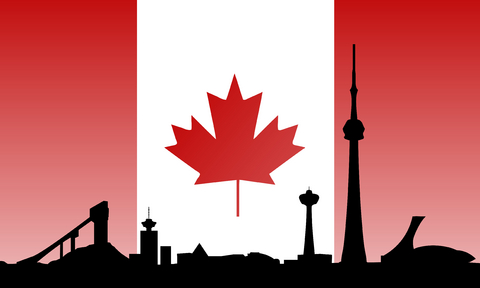 For many years Canada was seen as the poor cousin to the USA despite the fact that the country has an extremely successful economy in its own right. There may have been a time in years gone by when the country was feeding from the scraps of the USA but those times have certainly been left way behind. In many ways Canada came into its own during the 2008 mortgage crisis which saw the worldwide property market collapse.

Canada was one of the first countries to put in place austerity measures, realign budget spending and speak to the general public to find their views and opinions. This strategy was copied by the UK government to a lesser extent but it certainly put Canada on the map as a forwardthinking country with a stable economy.

The general opinion seems to be that while the Canadian economy, along with the worldwide economy, may well experience some “headwinds” in the short to medium term, the Vancouver property market is likely to go from strength to strength. The mixture of a stable economy, favourable exchange rates and extremely good prospects for the long term has not been missed by many investors. This in itself has pushed the price of Vancouver real estate to levels which are in many cases unaffordable for locals.

Like real estate markets such as London, foreign investment has been hitting the headlines of late in relation to Vancouver real estate. There are growing concerns that investment funds and wealthy real estate investors are pushing prices across Vancouver, and other parts of Canada, to unsustainable levels. Many international investors seem intent on taking advantage of the currency situation and at this moment in time price would not appear to be a major stumbling block.

This has led to renewed calls to limit foreign ownership of real estate in Canada and especially Vancouver. Indeed some critics have gone as far as to suggest that foreign ownership should be outlawed with only Canadian citizens allowed to own Canadian real estate. Unfortunately, it is more likely that foreign investment will have a greater influence on Canadian real estate in the short, medium and longer term because limiting foreign investment could have a drastic impact on property prices.

In many ways the situation in Vancouver is the same as that experienced in London for many years. There is no doubt that property prices have been pushed to levels which are unsustainable in the short term but demand from foreign investors is pushing prices even higher. Calls to limit levels of foreign ownership of Canadian real estate are likely to fall on deaf ears because foreign investment has played a major role in the Canadian success story.