The Toronto Real Estate Board and the Ontario government are at loggerheads with regards to the impact of overseas real estate investors in the greater Toronto property market. The Ontario government finance ministry recently introduced a 15% surcharge on overseas investors purchasing property in the area. This was promoted as a means of trying to rein in property prices which have risen significantly over the last couple of years. However, the Toronto Real Estate Board believes that the government’s policy is flawed and based upon misleading data.

Has there been a large increase in overseas investors?

The Toronto Real Estate Board has released data based upon official statistics which show that the number of real estate buyers with a mailing address outside of Canada is “well below” one percent. Indeed it would appear that the vast majority of overseas investors are actually based in the United States which has had a strong relationship with Canada for many years. Experts are scratching their heads as to how the Ontario government and the well-respected Toronto Real Estate Board can come to such different conclusions based upon official data. 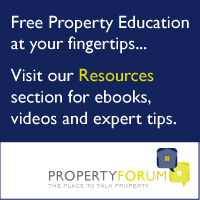 It was also interesting to learn that between 2008 and April 2017 foreign buyers represented just 2.3% of the Greater Golden Horseshoe real estate market. Even though a report by the Toronto Real Estate Board released in January showed that 4.9% of its members represented foreign buyers in 2016, this does not necessarily mean that all property transactions in question went through.

Fanning the flames of public concern

The Ontario government is not the only government to use increased foreign investment as a means of introducing new taxes and “passing the buck”. We have seen a very similar situation in Australia although ultimately the government was slightly embarrassed when an official report showed that overseas investment was nowhere near the level it had been reporting and had minimal influence on local property prices. There is obviously a danger in mixing politics with business and while the 15% surcharge on overseas investment may well have gone down well with the electorate it has not exactly helped overseas relations?

Property prices right across Canada have increased dramatically over the last few years and despite the fact that foreign investors seem to be the latest target, many actually buy property in order to set up a home as opposed to an investment. The idea that they are acquiring property and very quickly flipping it to make a turn is not supported by any official data.

Canada is not the only country in the world which is experiencing seemingly ever increasing property prices. However, surely the simplest answer would be to increase the number of newbuilds which would take pressure of some areas of the market and hopefully prices could return to more natural levels?